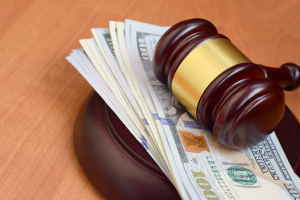 Two former cardiologists have won $10.6 million in a lawsuit they filed against Detroit Medical Center for firing them from their leadership positions
An arbitrator has awarded $10.6 million to two cardiologists who sued Tenet Healthcare, the parent company of their former employer, Detroit Medical Center, after they were fired from their leadership positions for voicing concerns over substandard care, cost-cutting measures and improper billing practices for Medicare and Medicaid.

"My clients feel vindicated after the intentional retaliation they were subjected to," said U.S. attorney Deborah Gordon. "Their mission was always to serve the Detroit community and the DMC attempted to take that away from them. They look forward to serving the community going forward."

The arbitrator ruled in December that Tenet Healthcare acted with malice in its actions. In addition to the monetary award, both doctors’ medical staffing privileges will be reinstated at Harper, Hutzel and Sinai-Grace hospitals for at least one year starting on February 1.

DMC has worked to keep the final report of the arbitration private in favor of four of the seven claims for the doctors, reports the Detroit Free Press. Gordon filed a motion this week asking a U.S. District Court judge to affirm the award.

DMC plans to fight the arbitrator’s decision in federal court. "On behalf of our dedicated employees and medical staff, we stand behind the decision of our governing board to not renew the expired medical staff membership and clinical privileges of Drs. Kaki and Elder for another two-year term," it said in a statement. "Medical staff membership is a privilege — not a right — and the DMC will continue to prioritize patient safety and the well-being of its staff when making these decisions, particularly when confronted with very serious physician behavioral concerns."

The award also includes $624,000 in attorney fees and an additional $110,000 as sanctions for "discovery abuses" by Tenet during the legal proceedings.