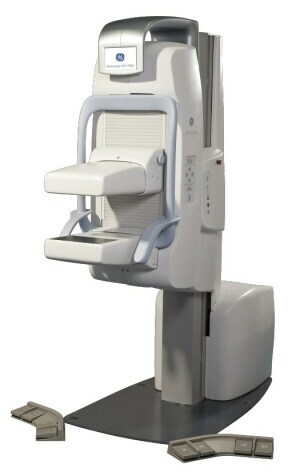 "Taken from a perspective that cancer is up to five times more frequent in DB, and that 40% of Western and 70% of Asian women have DB, plus that conventional mammography misses over 50% of cancers in DB, it becomes apparent that there is a need for secondary imaging modalities to clarify DB that is reported in a mammographic study," Hugg told HCB News.

The purchase of GE’s Discovery NM750b Molecular Breast Imaging assets includes MBI scanner designs, manufacturing tools, instructions, related patents and the installed-base service business. SmartBreast plans to rebrand the scanner as the EVE CLEAR SCAN e750 and do the same with another it recently acquired from Dilon Technologies, the Dilon Technologies D6800, rebranding it the EVE CLEAR SCAN e680.

With both MBI lines, SmartBreast will serve an install base of 217 customers and can transition from a startup to a growth-stage company by having FDA 510(k)-cleared products to offer immediately.

A meta-analysis of screening studies in dense breasted women (BIRADS D3 and D4) showed 2D mammography (MMG) found 3.2 cancers per 1,000 women. When paired with with breast ultrasound, it found 4.7 cancers and 5.2 with digital breast tomosynthesis. MMG and breast MR yielded 10.2 cancers, while MMG with MBI yielded 12. "When compared with MR, MBI is more specific, which translates into fewer false positive findings and fewer negative biopsies. Furthermore, the cost of MBI is much less than MR," said Hugg.

SmartBreast will develop, market and distribute the scanners with FITI, which will be the contract manufacturer for both systems. The two will also integrate stereotactic MBI-guided biopsy and 3D-MBI technology to further enhance functionality. The new MBI scanner they plan to develop is expected to reduce cost of goods to enable more competitive end-user pricing; enable mounting either two CZT cameras (GE design) or one NaI camera (Dilon design) on a common gantry; and employ innovative collimation to 1) view chest wall, 2) guide biopsy, and 3) perform 3D-MBI imaging.

"SmartBreast and other partners will work together to harmonize the user interface and workstation, to deploy artificial intelligence to shorten the average image acquisition time and to aid clinical interpretation of the images," said Hugg.

EVO and a global network of distributors will market, sell, install, and service customers.