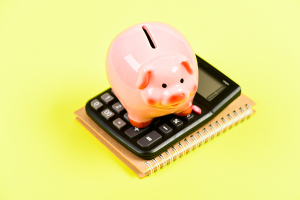 The two have requested a meeting to discuss the policy, which treats diagnostic pharmaceuticals as “ancillary” to imaging procedures in hospitals. This, they say, has led to drug costs being “policy packaged” into the procedure amount, which causes the price of the drugs to exceed the cost of the packaged procedure itself.

“The flawed reimbursement policy utilized by the Centers for Medicare and Medicaid Services threatens patient access to these cutting-edge innovations by creating a disincentive for hospitals to use the most appropriate diagnostic drugs,” the two wrote in a letter this month to CMS.

Some 20 million Americans receive positive care each year as a result of nuclear medicine exams. Barriers, however in the federal payment program, limit coverage, according to the Society of Nuclear Medicine & Molecular Imaging (SNMMI). It adds that development of new precision diagnostic imaging drugs for hard-to-diagnose diseases such as Alzheimer’s disease, Parkinson’s disease and cancers, has “exacerbated” the challenge.

MITA also hosted a meeting last month on the issue. “This ongoing problem undermines public health and incentivizes the use of less effective screening modalities,” said event master of ceremonies Michael Guastella, executive director of the Council on Radionuclides and Radiopharmaceuticals Inc. (CORAR), at the start of the meeting.

CMS had the chance to unpackage the drugs as part of its final payment rule issued in 2020, but decided against it, despite the advice of its advisory committee and imaging stakeholders, wrote Peters and Rush, who are requesting a meeting to change the policy “in light of the adverse impact on beneficiary access and care.”

Their letter was written as lawmakers plan to introduce the Facilitating Innovative Nuclear Diagnostics Act of 2021 (FIND), a bill that aims to address this very issue if CMS refuses to do so. Peters and Rush previously issued a similar bill — the Medicare Diagnostic Radiopharmaceutical Payment Equity Act of 2019 — with Representative George Holding (R.-NC).

EDIT (4/22): An earlier version of this article erroneously stated that the letter came out the day before the introduction of the Facilitating Innovative Nuclear Diagnostics Act of 2021. The FIND Act has not yet been introduced.