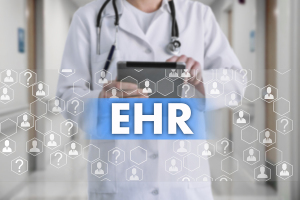 The agency has put forth a $16 billion budget for the project, but a new government report says this may not be enough. The reason, it says, is because the VA did not understand the actual needs of its facilities and will now have to spend the next year working with the Office of Inspector General (OIG) to improve planning and coordination. It also says the VA failed to report infrastructure costs to Congress, reports Reporter Health.

“For the previous three years our committee has repeatedly requested these (EHR) value estimates. However, the VA has failed to supply them,” said Rep. Mark Takano (D-CA.), chairman of the Home Committee on Veterans Affairs, in a statement.

Replacing the VA’s current EHR system has been in the works since May 2018 when the agency signed a contract with Cerner to install its Cerner Millennium commercial health record. The intent is to create seamless and quick access to care for veterans when they leave military service.

Investigating the matter, the OIG found two cost estimates devised by the VA for physician infrastructure upgrades — including for heating, cooling, ventilation and cabling — did not meet government standards. Two reports from 2019 also estimated the department was between $1 billion and $2.6 billion short of the funds needed for the upgrades.

The OIG reported the VA lacked an independent cost estimate for its facilities and did not relay the requirement to the Office of Electronic Health Record Modernization. In addition, life cycle costs, which disclose required funding for the launch of the new record system, did not include any reliable estimates for upgrades to physical infrastructure.

The EHR platform is the same used by the U.S. Department of Defense and enables health information to be shared seamlessly and more easily, for care by all providers to be more transparent to entire care teams. And it has added capabilities to meet the special needs of veterans, VA clinicians and community care partners. It is one of the largest IT contracts in the federal government and had a ceiling of $10 billion over 10 years when it first started.

The underestimation of the budget is the latest challenge to it. The VA previously was forced to halt its plans and revise its timeline for deploying the new system due to delays from the COVID-19 pandemic.

The project, however, has garnered wide interest, with Cerner bringing on board more than 20 different partners to help design and eventually get the system up and running. “EHRM is the largest health IT modernization effort in history, and to succeed we knew we needed the most innovative companies in the private sector to join us,” Travis Dalton, president of Cerner Government Services, told HCB News in October 2018. “We chose partners to address areas specific to their expertise to supplement our staffing capabilities and to honor our commitment to VA and our nation’s veterans.”