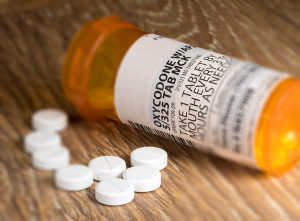 The money will fund opioid education, prevention and treatment, according to New York Attorney General Letitia James, who made the complaints against the company.

"Johnson & Johnson helped fuel this fire. While no amount of money will ever compensate for the thousands who lost their lives or became addicted to opioids across our state ... these funds will be used to prevent any future devastation,” she said in a statement.

The settlement withdraws Johnson & Johnson as a defendant in a lawsuit filed by New York against the makers and distributors of opioids, reports CNN. The trial is set to take place next week.

“The settlement is not an admission of liability or wrongdoing by the company, and it is consistent with the terms of the previously announced $5 billion all-in settlement agreement in principle for the resolution of opioid lawsuits and claims by states, cities, counties and tribal governments,” said Johnson & Johnson in a statement. “The dollar amount to be received by the state is the prorated share it would have received under the broader agreement in principle, which will be deducted from the all-in settlement amount.”

As part of the agreement, Johnson & Johnson will pay the funds in portions over the next nine years. It may pay an additional $30 million should New York pass a law that creates an opioid settlement fund. It also is prohibited from manufacturing or selling opioids in the state, or promoting them or any opioid-related products. The company ceased marketing opioids in 2015 and completely shut down its production and sale of pain medication in the U.S. last year.

Opioid overdoses were responsible for about 247,000 deaths alone in the U.S. between 1999 and 2019, according to the CDC. State governments say that opioid manufacturers and distributors are responsible because they overprescribed the drug, which led people to become addicted and abuse other illegal forms of opioids. Companies, in response, have said they distributed the necessary amount to help those with medical issues, according to CNBC.

Johnson & Johnson previously lost a lawsuit in the state of Oklahoma, in which it was ordered to pay $572 million — one of the biggest money awards ever in the U.S. — for contributing to the opioid crisis.

The New York suit is just one of many against major pharmaceutical companies who participated in the development of opioids, with a landmark trial against three beginning in federal court in May in West Virginia. A trial in California started up in April. In fact, a notice of claim was filed last summer in bankruptcy court by nearly every U.S. state and many territories, that accuses opioid manufacturers of costing the American economy $2.15 trillion.