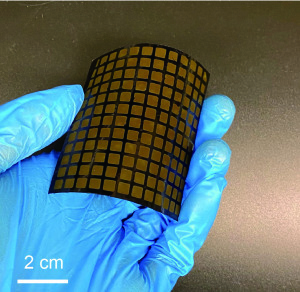 The radiation X-ray detector is not composed of toxic heavy metals like traditional detectors and therefore, may pose less serious risks to humans when used
Scientists in the U.S. and China have developed a new X-ray radiation detector composed entirely of non-heavy metals.

In place of metals like lead and cadmium found in traditional detectors, the proof-of-concept wearable solution is made of nontoxic metal-organic frameworks (MOFs) layered between flexible plastic and gold electrodes for high-sensitivity sensing and imaging.

“Heavy metals are generally toxic and could pose serious health risks. Lead may cause anemia, weakness, and kidney and brain damage. Cadmium can affect the kidney and lungs, especially to the proximal tubular cells, and increased risk of cancer​,” Shenqiang Ren, a developer of the detector and a professor in the department of mechanical and aerospace engineering and department of chemistry at University of Buffalo, State University of New York, told HCB News.

A solution of nickel chloride salt and 2,5-diaminobenzene-1,4-dithiol (DABDT) was mixed together for several hours to create an MOF in which nickel connected the DABDT molecules. The nickel-containing MOF showed more sensitivity when irradiated with 20 KeV X-rays than recently reported detectors. This is equivalent to the energy released during medical scans.

The flexible detector was made by placing the nickel-containing MOD between gold film electrodes, one of which was on a flexible plastic surface. Used copper wires transmit current from each pixel of a 12x12 array and the whole device is covered with a silicone-based flexible polymer.

The solution contrasts with traditional detectors, which are integrated into big, immobile scanners or are stiff. Flexible radiation X-ray detectors have been created from MOFs before, but like currently used ones, still contain lead.

The researchers expect their device to influence the development of the next generation of radiology imaging equipment and radiation X-ray detectors by incorporating flexibility and being able to conform to rounded body parts, or mold to the inside of confined spaces, without being composed of harmful heavy metals.

“The next plan is to improve the resolution of detectors and explore large-scale manufacturing,” said Ren.

The findings were published in the American Cancer Society’s Nano Letters.