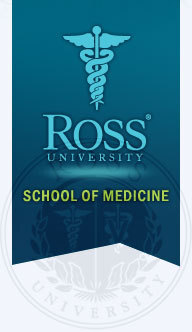 With over 1,100 opportunities available at more than 70 institutions nationwide, Ross University offers more clinical rotation spots in the United States than any medical school in the world. In 2007, Ross had more than 1,300 students complete over 60,000 clinical weeks.

We are very excited to increase our presence at Bronx Lebanon, one of the finest hospitals and family medicine providers in the New York area," said Dr. Joseph Chu, dean of clinical sciences at Ross University. "We are also very proud of the continued confidence Bronx Lebanon shows in our students and their abilities. We look forward to continuing to work together and further expanding our relationship."

About Ross University School of Medicine:

The first four semesters of pre-clinical training are taught in Dominica over a 16-month period. Students complete their fifth semester, Advanced Introduction to Clinical Medicine, in either Miami, Florida or Saginaw, Michigan. Semesters six through ten consist of core and elective clinical rotations in U.S. affiliated teaching hospitals. Ross University graduates are eligible to practice medicine in all 50 U.S. states and 10 provinces of Canada upon successful completion of the requisite licensing examinations.

To learn more and apply, go to the Ross University website: http://www.rossu.edu/news/viewnews.cfm?NID=219

This News Release is reposted with thanks to Ross University Medical School.