Veritas, Elliott exploring potential sale or IPO of athenahealth for over $20 billion 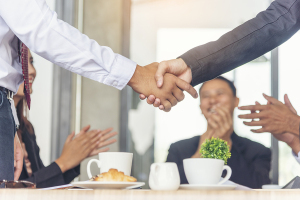 The two firms are reportedly looking at options for what to do with the health tech company, including a sale or an initial public offering. They are aiming for a deal that will value the company at over $20 billion, according to Bloomberg News.

Bloomberg says Veritas and Elliott have already reached out to half a dozen potential buyers to generate interest, and are working with bankers Goldman Sachs Group and Evercore to find an option. They are aiming to strike a deal by the end of the first quarter of 2022 but also have the option of retaining ownership of athenahealth, people familiar with the matter told Bloomberg News. They asked not to be identified due to the private nature of the matter.

Representatives for Veritas and athenahealth declined Bloomberg’s request for comment.

Founded in 1997, athenahealth is a practice management company and EHR developer. Elliot made a takeover offer of $7 billion in May 2018, saying that it was undervalued, according to Fierce Healthcare. This led to a battle for control over the company, which eventually saw the forced exit of founder and CEO Jonathan Bush.

A deal was reached and announced in November 2018, with Elliott’s subsidiary Evergreen Coast Capital, along with Veritas, saying they would acquire the company for $5.7 billion. athenahealth shareholders filed three separate class action lawsuits, arguing that executives were holding back important information about how the sale of the company was negotiated at $5.7 billion, reported Fierce Healthcare. The suits were voluntarily dropped in January 2019 after the company released an amended proxy statement.

The acquisition was completed in February 2019. As part of the agreement, private equity firm Veritas combined athenahealth with Virence Health, a value-based care solution that it acquired from GE Healthcare for $1 billion. Shares for athenahealth’s common stock were removed from Nasdaq and trading was suspended following the sale, according to Becker’s Hospital Review.

In addition to athenahealth, Veritas was reported back in July to be in talks about an initial public offering of over $15 billion for Cotiviti Corp., a company that facilitates the transfer of payments to doctors and hospitals. It purchased Cotiviti through its portfolio company of Veritas Capital in August 2018 for $4.9 billion in cash.