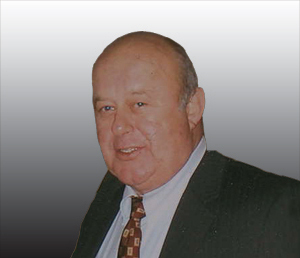 Woody Whetstone
Beloved industry icon
It is my sad duty to report that Woody Whetstone died of cancer on Friday the 7th of March, 2008.

He is survived by his wife Sandra, his daughter Sherry, and their sons David and Tony. The funeral was held at the First Baptist Church of Quincy, FL, on Tuesday, March 11th.

Steve Walsh, Steve Lynch, Arnold Smith, Ed Thieman, and Ed Gibbs were among those who attended the funeral.

When he began his career in the medical equipment industry, Woody was first a service engineer for General Electric and for Siemens. He later set out on his own and started his own company, A&W X-Ray, which he eventually sold to Diagnostic Imaging. After working for Diagnostic Imaging, he started another company, Diagnostic Parts Exchange.

Woody was a founding member of IAMERS, served on the Ethics Committee, and was elected president of IAMERS by its members.

I learned of Woody's passing reading an email on my phone while in Vienna at the European Congress of Radiology. Moments later in a conversation with Ed Sloan, former Chairman of ReMedPar, and Dave Band, also a former president of IAMERS, we all talked about how much we would miss Woody.

There are hundreds of people in the business who have a story about how Woody had helped them. That was the sort of fellow he was. If you needed something and Woody had it, he was there for you. Maybe it was a part for a damaged MRI, in my case it was diverting his truck 500 miles to pick up a machine which had to be moved on that day. In Ed Sloan's case, it was working next to Ed deinstalling a machine when the engineer who was supposed to be there did not show up.

There are quite a lot of funny stories that have to do with Woody as well. There is not a person that knew him that did not smile when his name was mentioned.

Losing him is an end to an era. He will be missed. Our condolences go out to his wife and children.