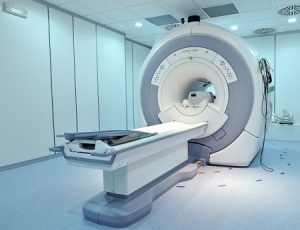 Also known as positronium imaging, the technique is capable of creating a positron-electron bound state that heightens the sensitivity of PET scans to the point where they can detect tissue alterations at molecular levels. Such information could shed light on early-stage disease progression, according to the researchers at Jagiellonian University Institute of Physics.

Unlike conventional PET scanners, which only produce images based on two photons, positronium imaging works through the annihilation of three photons. This annihilation process is what makes the scan highly sensitive.

“We believe that the positronium image will enable better distinction between the healthy, cancer and inflammatory tissues, and that it will enable us to determine the degree of a tumor’s malignancy,” said Ewa Stępień, the head of medical research in the group, according to Physics World.

Positronium imaging opens up the potential for new PET imaging applications for cancer diagnostics and the possibility of testing the symmetry between matter and antimatter, say the researchers.

Stępień and her colleagues developed the method using the Jagiellonian-PET (J-PET) scanner, which is made up of 192 plastic scintillator strips. The aim of the project is to develop a device capable of scanning the entirety of a patient’s body at the same time. They produced the three-photon PET image using phantoms made up of tumor samples and adipose tissue excised from two patients.

In addition to determining various levels of malignancy, the technique could be applied to studying the dynamics of metabolism and drug distribution. Positronium imaging is also expected to play a role in the emerging field of theranostics, which is focused on developing solutions for simultaneous detection and treatment of diseases. The researchers plan to study those possibilities more closely at the JU Centre for Theranostics.

Their findings were published in Nature Communications.