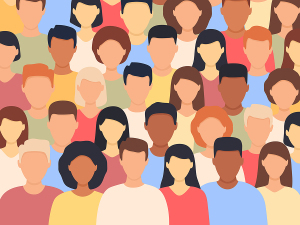 Human trafficking is a global human rights issue that involves recruiting, transporting, transferring or receiving people through force, fraud or deception. Victims can be sexually exploited, forced into labor or have their organs removed.

During triage, the EHR system poses the question to nurses, "Do you suspect this patient could be the victim of human trafficking?" If answered affirmatively, a drop-down menu of additional questions appears to provide additional information. The nurses must then inform and confirm that a physician has notified the appropriate government body of a possible human trafficking case, according to EpicShare.

The emergency department social worker is also notified to investigate and intervene. If possible, the social worker can meet with the patient privately to ask in-depth questions and determine how to proceed and if assistance will be accepted. They can also discreetly offer the number for the National Human Trafficking Hotline to the patient.

Identifying victims is a vital step to stopping the practice but is difficult, due to traffickers closely monitoring and isolating them. Victims can also have strong emotional attachments to their abusers called trauma bonds. Because trafficked victims may require medical attention, healthcare settings can be opportune places to identify them.

The system here was tested in Henry Ford’s emergency rooms for two years. Its success prompted Henry Ford to adopt a similar questionnaire and process in outpatient clinics in 2021.

The idea was developed by Danielle Bastien, an ED nurse at Henry Ford who noticed that efforts to address human trafficking occurred more after an encounter rather than when the patient was present. She wrote up a preliminary policy for addressing the situation in the present and used it to educate staff and create an in-system questionnaire over the next year.

Training consisted of two 45-minute segments and was provided to clinicians and staff who interact with patients, from housekeepers and registrars to nurses and physicians. The first segment discussed signs that someone is being trafficked, including an inconsistent story, evidence of abuse or neglect, patients not holding their own ID or money or a patient’s companion answering questions for the patient or refusing to leave.

In the second segment, trainees studied human trafficking case studies and learned about tools within the EHR that can help identify victims, including questionnaires, alerts and references to support resources. They also learned when and how to communicate with potential victims in ways that do not alert potential traffickers, and how to ask questions that will not put the victim on the defensive.

Non-clinical staff who do not use the EHR must inform clinicians of any signs of possible trafficking cases they notice.