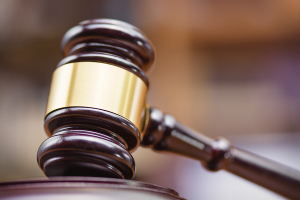 The U.S. government accused CMC of paying its own cardiologists to carry out services for another cardiologist when she would go on vacation or was not available for over a decade. It added that the practice did not charge for these coverage services and that in exchange, the cardiologist in question would refer patients to it for procedures and services that together amassed millions, according to the Associated Press.

The government says that by submitting claims for these payments to Medicare, Medicaid and other federal health programs, CMC violated the civil False Claims Act and the Anti-Kickback Statute.

CMC admitted no liability when signing the agreement. Hospital spokesperson Lauren Collins-Cline told the Associated Press that it “vigorously disagrees” with allegations and that it was settling only to avoid long and costly litigation. “This call coverage arrangement originated almost 15 years ago with the input of legal counsel in order to provide high-quality care for patients. It is no longer in place. CMC holds itself to the highest ethical standards in patient care and business conduct.

The case was brought against CMC by whistleblower Dr. David Goldberg, a former employee who sued on behalf of the U.S. government, as is permitted under the False Claims Act. He will receive a portion of the settlement amount.

“The False Claims Act and the Anti-Kickback Statute protect patients and federal healthcare programs from fraud and abuse by removing the corrupting influence of money. When patients are referred for medical services, those referrals should be based solely on medical need and not affected by financial considerations,” said U.S. Attorney John Farley in a statement.

This includes payments to Medicare and Medicaid and other programs such as TRICARE. "Protecting TRICARE, the healthcare program for active-duty military personnel, retirees, and dependents, is a top priority for the Department of Defense Office of Inspector General's Defense Criminal Investigative Service (DCIS)," said special agent in charge Patrick Hegarty of the DCIS Northeast Field Office. "When health care facilities submit claims to TRICARE for services that are driven by financial reasons and not strictly medical ones, it undermines the integrity of the TRICARE program."