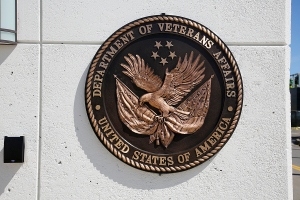 Congressionals are urging the VA to not adopt the Defense Health Agency's DMLSS system
Members of the House and Senate Veterans Affairs Committees are asking U.S. Secretary of Veterans Affairs Dennis McDonough to stop the implementation of the department’s multibillion dollar medical supply chain management system.

The VA decided to adopt the Defense Health Agency’s Defense Medical Logistics Standard Support (DMLSS) system in 2019 and plans to spend $2.2 billion to deploy over the next 15 years, according to Federal News Network.

DMLSS is already 20 years old and failed to meet 44% of staff’s requirements at the first hospital where it was deployed, the joint VA-DoD James A. Lovell Federal Health Care Center near Chicago, according to the department inspector general. In addition, the VA inspector general and the Government Accountability Office have said the department’s broader supply chain management strategy is lacking. A recent internal program assessment from the department’s chief acquisition officer, chief information, chief financial officer and general counsel have also recommended canceling the DMLSS adoption.

In a letter to McDonough, the chairmen and ranking members of the committees and subcommittees say the system has not helped improve supply chain logistics and that issues with it continue to be found. “The evidence now indicates DMLSS is incapable of meeting the majority of VA’s supply chain management requirements. Further, there are serious cost considerations. The VA’s preliminary market assessment from 2018 indicated that DMLSS would be more expensive than other, potentially more capable systems, and the VA never completed an independent life cycle cost estimate for the DMLSS implementation.”

Back in November, the OIG said that the department chose to spend $176 million dollars on the system, while doing little to ensure internal program controls or oversight. This included making sure that it could effectively be implemented across the entire Veterans Health Administration and if it would adequately meet VA requirements.

The VA Logistics Redesign (VALOR) program office, which is managing the installation, has also gone through six separate program managers in the past two years and did not fund or staff the office until after choosing to install the system at the Lovell health center.

Shelby Oakley, a GAO director for contracting and national security acquisitions told the House Veterans Affairs Committee during a November hearing, that an ongoing review has shown that many of the VA’s major programs are not following its current enterprise-wide acquisition framework. “More money will not solve the VA’s woes. Unless the VA breaks its habit of putting action ahead of strategy, the VA, Congress and veterans will not see the outcomes they want and expect from billions of dollars in investments."
1(current)
2
3