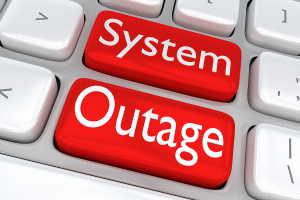 DoD, VA and Coast Guard experience EHR outage nationwide.
Over 95,000 clinicians were unable to access or update patient medical data on April 6th due to a nationwide outage that took down the EHR systems used by the U.S. Department of Defense, Veterans Affairs and the Coast Guard for three hours.

Both systems are developed and supported by Cerner, with the VA’s known as Millennium and the DOD’s and Coast Guard’s as MHS Genesis. Three Oracle databases supporting the systems went offline after 5 p.m. ET and prevented clinicians at 66 DoD sites, 109 Coast Guard sites and three VA sites from accessing medical records, according to Nextgov.

The systems were fully restored shortly before 8 p.m. the same day. No evidence suggests any harm to patients was done. The VA is looking into the source. “We are in close contact with Cerner, and we are exercising all of our authority to make sure that we can position ourselves for success and assure that when these types of things happen, we get to the root cause. We conduct a root cause analysis, we identify how the problem arose, and we make sure that we don’t see the same thing happen in the future,” Deputy VA Secretary Donald Remy told Federal News Network.

Terry Adirim, executive director for the VA EHRM Integration office said a bug in the Oracle databases was responsible for the outage and not ongoing deployment efforts.

While the systems were down, clinicians were able to review patient data but could not update information, with backup “read-only” systems taking over. They were able to continue “most clinical operations,” according to Adirim, but had to record patient information by pen and paper and later update the EHR systems.

No specific disruptions to care or patient safety incidents were recorded during the outage. Cerner, Leidos, VA, DOD and Coast Guard technicians worked together to restore the system.

In early March, administrators at Mann-Grandstaff in Spokane took down their EHR system temporarily after an update led to potential data corruption. Staff were told not to admit new patients and “provide only those healthcare services you are comfortable providing, assuming all electronic sources of data are unreliable.”

The hospital was the site of the first EHR go-live. The cause of the issue was a defect in an interface between the systems that provide demographic information to Spokane. “That defect was fixed in short order. However, [it] went through some testing to be 100% certain that it was safe to turn the system back on,” said Adirim.
1(current)
2