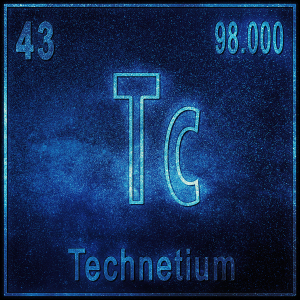 With linear particle accelerators, which are widely used in hospitals for radiation treatment, the researchers were able to irradiate molybdenum trioxide with photons to produce molybdenum-99 (Mo-99). They then extracted Tc-99m from the decaying Mo-99 with a generator.

The method, they say, could allow nuclear medicine producers to reduce their reliance on aging reactors and avoid potential shortages caused by the frequent need to temporarily shut down and repair these sites. In the long term, it may help prevent gaps in the worldwide supply chain.

For it to work, the researchers had to raise the high radioactive concentration of the element, as linacs often produce Mo-99 at a lower level of specific activity (emissions per molybdenum mass) compared to reactors. The resulting Tc-99m is made with impractically low RAC, which is extracted using aluminum oxide (alumina) as a filter in the Tc-99m generator.

The scientists replaced the alumina with activated carbon (AC), a type of carbon with many tiny pores that enhance the surface area of the substance and increases the places in which atoms can appear and be extracted. In doing so, the AC makes Mo-99 with low specific activity a viable option for concentrating Tc-99m. “We had previously demonstrated the practicality of this combined linac-AC method to produce medically usable Tc-99m, but had yet to perform any preclinical or clinical trials to see if in the body, this alternatively produced radioisotope is as effective as its conventionally produced one. We had a great concept, but no idea whether it would be what we call ‘bioequivalent’ — in essence, work the same way in patients,” said Jaewoong Jang, an assistant professor at the university and lead author of the study, in a statement.

Jang and his peers tested their approach by injecting a group of mice with the linac-AC-derived Tc-99m in the form of pertechnetate, the most basic compound of technetium in medical imaging. Another group was injected with standard produced Tc-99m. They then dissected the mice to trace the spread of the radioisotope. Both types showed similar distribution in all organs and tissues, and no adverse effects were observed.

As the study is preliminary and the assessment was carried out at one time point after injection, the researchers are looking to perform additional biodistribution studies at different points in time to further compare the bioequivalence of both methods.

The findings were published in Nuclear Medicine Biology.