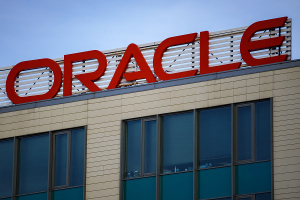 In a September 21 hearing, executive vice president Mike Sicilia told scrutinizing lawmakers that the company would release a beta version of the system in 2023 “as a cost-free upgrade under the current contract,” reported The Spokesman-Review.

Congressional members discussed their frustration with the system, with VA Deputy Secretary Donald Remy saying that “major improvements” are needed. “The bottom line is that the Cerner system is not delivering for veterans in the ways that it should. Not even close.”

Oracle acquired Cerner for $28 billion back in June and its EHR system, which was launched in October 2020.

One report by the VA Office of Inspector General documented 149 cases of harm at the pilot location, Mann-Grandstaff VA Medical Center in Spokane, Washington, including a man who now has terminal cancer after receiving a delayed diagnosis, which he attributes to the system.

In a September 20 congressional hearing, VA chief acquisition officer Michael Parrish said that his office would hold Oracle accountable and may renegotiate parts of the deal once the base contract expires in May. He also warned that the VA should not have “blindly” followed the Department of Defense, which adopted a similar Cerner system.

The Spokesman-Review reported that employees at VA medical centers are leaving their jobs because of the problems. Lawmakers attributed this to the VA’s inability to properly manage the project and criticized the cost of it.

While the VA says the total cost will be roughly $16 billion over a decade, the Institute of Defense Analyses estimates it will cost $33.6 billion to roll out over 13 years and $50.8 billion to sustain over 28 years.

The VA pushed further deployments back to 2023 in June, so it could have time to address the problems. The next roll out is scheduled to be in four cities in Michigan in late January, but those plans are not set in stone.

“We’re into this damn near five years. Truthfully, we haven’t done a damn thing. I mean, we’ve implemented, and it’s been a train wreck,” said Montana Democrat Senator Jon Tester, who chairs the Senate VA Committee and sits on the Appropriations Committee.