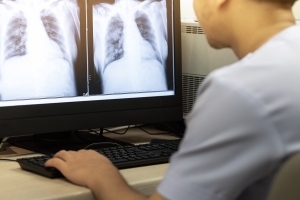 More than 30% of radiology and imaging providers are considering switching vendors for their PACS systems.
Almost a third of imaging groups and departments are looking into potential replacements for their PACS (Picture Archiving Communication System) platforms.

More than 30% of 368 providers said they are considering buying a new system, with many indicating that they are “looking for vendor partners to advance their enterprise imaging strategies,” according to an 82-page report published in November 2022 by KLAS.

The report is titled, Changing Market Leads to Volatility among Large- to Small-Volume Organizations and is based on reviews by large companies — those that process 300,000 or more imaging studies annually — and smaller/midsize ones.

Among vendors, Sectra was the most popular, because customers of all sizes “view the PACS technology as top-tier, stable, rich in intuitive features and easy to customize,” said the report.

Boston Medical Center recently chose Sectra as its vendor, signing a contract to implement its enterprise imaging as a subscription (Sectra One) system within the hospital’s radiology, breast imaging, and orthopedics modules.

While still maintaining a large market share, GE Healthcare has the “most vulnerable customer base,” according to KLAS, with many providers planning to stop using its PACS technology or would do so if given the chance. “Remaining small-volume customers are more satisfied with Centricity PACS’ technology and stability, though all note the PACS feels old,” said the report.

It also evaluated other big vendors like Philips, which “performs well among small/midsize organizations” but is not as popular with large healthcare facilities that find its Vue PACS to be “unstable and buggy.”

It called Change Healthcare “a consistent market player across all volumes,” and said Fujifilm’s customers were “largely satisfied” with its Synapse system, albeit in need of “additional functionalities and fixes.”