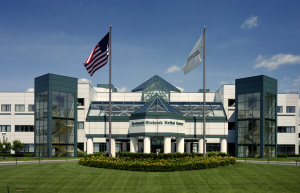 The New Hampshire Board of Medicine ordered Dr. Mark Guilfoyle, formerly employed at Dartmouth Health, in 2019 to pay a $750 fine and forbade him from reading mammograms but allowed him to continue interpreting other X-rays and radiological images.

The case was recently revealed by The Boston Globe’s spotlight investigation team and raised questions about the board’s transparency.

“You’ve got this doctor who was harming innocent patients with his ineptness, and they’re doing nothing about it,” said Patricia Eddy, who was declared cancer-free in 2015, 2016 and 2017, only to undergo a double mastectomy after learning that Guilfoyle missed the cancer in each screening.

Eleven of the women received $4.6 million in 2020 to settle claims alleging Guilfoyle’s negligence delayed their diagnoses, with potentially life-threatening consequences.

But his profile on the board’s website makes no mention of these claims or two earlier ones in his career. Guilfoyle is also licensed to practice in Georgia, Idaho, Iowa, Kentucky, Vermont and Washington. Georgia’s board lists the sum, but the others do not.

Dartmouth Health hired Guilfoyle in 2015 to provide radiology services at three small, rural hospitals. Dr. Rebecca Zuurbier, then director of breast imaging at Dartmouth Hitchcock Medical Center, raised concerns in 2017 and led a review of every mammogram and ultrasound he interpreted from more than 5,500 patient visits.

Guilfoyle was placed on administrative leave, with Dartmouth Health parting ways with him in 2018. Patients at high risk were called in for testing and treatment if necessary. An internal review found his other radiology work met expected standards.

“Dartmouth Health acted immediately and decisively when it was determined that there was an alleged irregularity in one of his mammogram readings,” Dartmouth spokesperson Audra Burns told the Globe.

Dartmouth alerted the medical board, which investigated “allegations of professional misconduct,” according to the 2019 settlement agreement.

Guilfoyle, who now practices in Michigan, declined to comment, but his attorney Jason Gregoire said that the settlement “speaks for itself,” and that his client has not read a mammogram since leaving Dartmouth.

A spokesperson for Michigan’s department of licensing and regulatory affairs told the Globe that Guilfoyle’s license does not prevent him from reading mammograms there.

A legislative committee met in October to discuss if the board should disclose public information about malpractice settlements and hospital disciplinary actions online.

New Hampshire’s medical board is one of the least transparent in the country, according to the Globe. Public Citizen, a nonprofit advocacy group, also reported that it had the lowest rate of serious disciplinary actions against physicians of any state between 2017 and 2019.