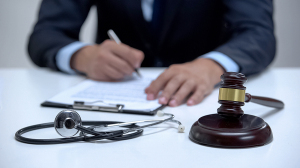 Ruby Lowe filed a suit for $50 million in damages against Cerner on behalf of her grandson, Michael Taylor, who went into respiratory arrest and suffered brain damage after the company's EHR software failed to correctly put in a physician's order for continuous pulse oximetry as part of his care. She said that Cerner was aware of the defects but failed to warn users.

Taylor is now unable to walk, bathe or use the bathroom by himself, according to the litigation.

Cerner filed a motion for a summary judgement, in which a verdict could be made without a trial, which the U.S. District Court for the Eastern District of Virginia granted in late 2020.

But in a 2-1 opinion, the U.S. Circuit Court of Appeals now says the district court erred in its decision to grant Cerner's request.

"A jury reasonably could conclude that Cerner's software contained two design defects that did not comply with industry standards or satisfy reasonable consumer expectations," the majority opinion reads. "We also hold that the district court misstated Virginia law on proximate causation, which provides that there can be more than one cause of an injury and, contrary to the court's holding, did not require Lowe to eliminate other causes of the injury."

Taylor, who was 25 at the time, was admitted in April 2016 to Virginia Hospital Center in Arlington to have his gallbladder removed.

Because of his history of sleep apnea and other medical conditions, his doctor ordered that he receive continuous pulse oximetry following his surgery. When inputting the order, she set it to go into effect immediately, but an entry screen defect changed this to 10 a.m. the next day.

Another defect prevented the doctor from seeing all the details at once of every order she put in for Taylor's care, preventing her from potentially identifying and correcting the error.

As a result, Taylor's continuous pulse oximetry did not begin until the next day. Half an hour after it started, Taylor was found unresponsive and in respiratory distress. He suffered hypoxia, with oxygen unable to reach the tissues of the body, and incurred brain damage.

The hospital also admitted that a 9 a.m. check by nursing staff on Taylor to monitor his vitals did not take place as it should have. No party disputes that had Taylor been monitored continuously, he would not have experienced hypoxia and brain damage.

Lowe settled a suit for medical malpractice she brought against the doctor's employer and VHC.