PACS Is a Growing Business for Radiology Services 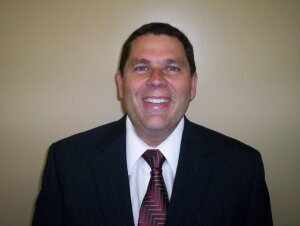 Back in 2001, when Scott Wasson started Radiology Services LLC (Evansville, IN), Picture Archiving and Communications Systems (PACS) were used by only a handful of cutting-edge facilities.

PACS allows sending of patient images and demographics to computer systems, which then store the images without the need for film. From 2001 to 2007, the number of PACS users grew exponentially says Wasson, President and CEO of Radiology Services. Since then, PACS has become Radiology Services' largest business.

"After 17 years as a service engineer with Siemens and other companies, I made sure to put the word 'services' into my company's name because service is what we are all about," Wasson says. "For example," he says, "does a radiology department need PACS? Do they need DICOM (Digital Imaging and Communication) compliant systems, the standard for new equipment today? Do they need new modalities? We provide all of this and more."

Now, the largest hospitals and imaging centers all have PACS, but Wasson is still installing PACS in smaller centers. He foresees these users, who are still using the now antiquated film systems, to comprise a big portion of his business in the future.

In contrast, with PACS, consumable costs are practically gone and total cost of ownership is less than film when everything is considered. Not to mention, first and foremost, the quality of patient care is greatly improved, Wasson says.

WAVE of the FUTURE

On the cutting edge of technology, Wasson has begun installing Digital Radiography (DR) systems. These DR systems compliment Computed Radiography (CR) in replacing plain film x-rays with digital images. With CR, you're no longer using film, but you're still using a cassette. With DR, a digital detector replaces the cassette.

"You shoot the exposure of the patient and DR sends it to the PACS. No cassette is needed. There's nothing to move, which eliminates much of the workflow," Wasson says. Wasson is buying the DR systems from a company called New Medical Co., Ltd., Newport News, VA, which last fall received FDA approval to sell the DR detectors and workstations.

Wasson believes DR will follow the same trajectory as PACS. A decade ago, almost no one had PACS. Currently, the majority of facilities in the industry are filming less, if not completely film-less.

"Unless a facility becomes at least 80% plus film-less, we do not consider a PACS installation a success. Every one of our PACS installs have been a success," says Wasson, who became DOTmed certified this year.

He says that most new equipment is DICOM compliant, but for those modalities that are not, Radiology Services can make virtually any modality DICOM so it can send to PACS.