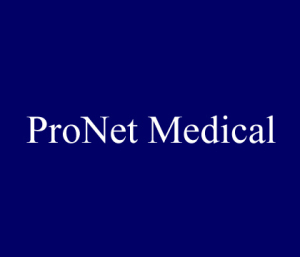 ProNet Medical refurbishes
and sells a variety
of medical equipment

Back in 2000, ProNet Medical opened its doors for business and began selling EMS equipment under the auspices of its parent company, Firmco Medical Inc., Salt Lake City, UT.

When Mike Davies was hired as ProNet's sales manager in 2003, he saw that the company's EMS business wasn't panning out. "I started to go wherever I could to find business," Davies says.

He decided the winning ticket for ProNet would be to fill its warehouse with inventory that Davies could then turnaround and sell quickly, mostly to other dealers.

"I come from auto sales," Davies says. "Nothing gains value that sits on the shelf, so I like to turn inventory over weekly."

Speaking highly of Davies, Firmco President, J.C. Norton says, "Mike loves to say, 'Yes, I have that and it can go out today'".

Davies does all the buying and selling for ProNet, while two biomedical experts are certified to do most of the repairs and maintenance on the company's systems. Both ProNet and its parent refurbish and sell vital signs monitors, fetal monitors, EKG machines, defibrillators, fluid delivery devices and ventilators.

While the majority of ProNet's business is to other dealers, Firmco sells or leases this equipment to end users, such as hospitals and sub-acute care facilities. Firmco also provides capital equipment financing.

"Managing today's healthcare needs is challenging to say the least," Firmco's Norton says. "For example, a 100-bed hospital does not need 100 ventilators or 200 fluid delivery devices. How many does it need? Or, what if there was a natural or unnatural disaster? Does it make sense to own equipment for every scenario even if it means equipment might sit around unused and depreciating a good part of the time?

"These are the balancing acts faced each day by hospital administrators and mangers, for which Firmco finds solutions," Norton says.

Firmco has been in business for over 30 years. Combined, the two companies have earned a 4A2 rating with Dun and Bradstreet.