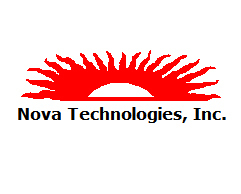 Ruder, an ultrasound technician since 1979, was the manager of J&J's Ultrasound National Repair Center at the time. He had moved his family to New Jersey from Colorado, to help J&J merge its radiology ultrasound business in Denver with its cardiology ultrasound business in Ramsey, NJ. The move was especially hard on Ruder's wife, Karen, a native of rural Colorado, who disliked the rush of big city life. The couple moved to a rural area of NJ to make the transition easier on her and the kids.

After the Tylenol poisonings, which involved lawsuits, J&J shed all of its electronics businesses, presumably to bring up its share price, Ruder says. (The company's stock plunged at the news that several people were poisoned as a result of product tampering in 1982; a second scare occurred in 1986.)

After a year of employment with another medical service company, the Ruders moved back West. They sold their Sussex, N.J. home and settled into rural Julesburg, CO, where Ruder began selling parts for various brands of ultrasound equipment under his new company, Nova Technologies, Inc.

Now the company is flourishing. Ruder says. "We closely monitor what our customers are requesting and then purchase items that follow those lines, if we can afford them."

He says Nova gets a lot of calls for ATL, GE, Philips, Siemens and other ultrasound products--everything from circuit boards and power supplies, to monitors and transducers.

He also says he believes the sales of systems in the ultrasound market will probably reach its peak within a year or so. Although he feels the market may become saturated with systems, he's not worried. "There are always new models coming out in the market and just like the older systems, people will need parts sooner or later. We'll be here to fill that need."

"The parts business has become a dog-eat-dog business," Ruder says. "Some people who initially started out only selling systems found the competition so tough that a lot of them have ventured into parts sales. "They're worried about surviving, so they offer cheap prices, but aren't very knowledgeable about the products."

Conversely, he says, "Our staff at Nova Technologies is very knowledgeable about ultrasound parts and understands that while they might not always be able to offer the cheapest price on the market, the customers can always count on the quality."

Ruder says he became DOTmed Certified this year, after recognizing the value it added to customer perception. "They may not know you've been in business for 20 years, but they do know that you're one of the 'good guys.'"

A successful man, Ruder and his family are now living the life he and Karen have chosen. "Sometimes, out here in the rural area of Colorado, the only rush is to the coffee pot," he says.