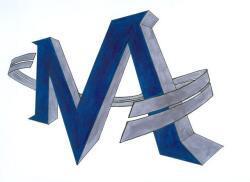 Luigi Mascio, DOTmed Certified owner of Medical Equipment Source, is a rare breed, as he's the only histologist in the U.S. that he knows of who sells medical equipment.

In 2002, he decided to act on his entrepreneurial instincts and go into business for himself. He started Medical Equipment Source, located outside of Pittsburgh in Cranberry Twp, PA. Mascio says that his mission is to meet the needs of each customer, no matter how large or small.

"We may sell one instrument to a rural hospital or a complete laboratory to a larger hospital which can afford to buy more equipment," he tells DOTmed.

He also says it is important for him to keep up his participation in the field of histotechnology. His company supports and participates in the National Society of Histotechnology. The society has 1,500 attendees at its conventions and Mascio has a booth displaying his equipment there.

Meanwhile, Medical Equipment Source has grown from a local, Mid-Atlantic company to one doing business all across the U.S. and now even internationally. Mascio attributes his growing customer base to increased advertising on sites such as DOTmed and his ability to act as a consultant to almost everybody.

"We get calls from purchasing department heads of hospitals, veterinary labs and people labs, who need pricing and technical support on their equipment.

"We're even getting calls from manufacturers of new histology equipment who are calling to find a quote on say, a used tissue processor, or a microtome--a sectioning instrument for tissue," Mascio says.

And now that the industry has become more technologically advanced, he is selling robotic slide stainers, instead of the staining equipment he once used by hand.