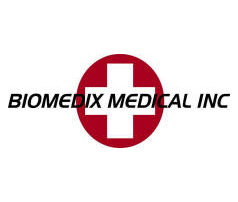 In 2006, DOTmed Certified Jason Ragazzo, owner of Biomedix Medical, Toughkenamon, PA decided to leave the company he had worked for and branch out on his own. He began to set the stage for his business the year before, collecting and refurbishing preowned equipment and building inventory and contacts until he was ready to leave the job where he worked for eight years and launch his own shop.

Now his specialty is the ubiquitous infusion pump, used by hospitals and veterinary clinics alike. "The infusion pumps are a hot ticket item," Ragazzo says. "They sell more than anything else."

And Ragazzo says he gives his customers a good deal on the equipment, as well.

For instance, he says, a Baxter 6201 pump sells for about $1,000 after he refurbishes it, as low as one-third to one-half the cost of a new pump.

He also services hospitals' new equipment, including Baxter and Alaris IV pumps. "Users will call me instead of sending the pumps back to the manufacturers and I can save them money," Ragazzo says. "Sometimes, I can save them 40 to 60 percent on the parts so while the new manufacturers charge $120 to fix a unit, I charge $65."

What's more, new equipment sometimes has technical glitches, Ragazzo says. "It often comes with new bells and whistles that have technical difficulties and has to be recalled. Then, people go back to the old stuff," he says. "For instance, the Baxter 6201 is strong because the pump that came after it, the Baxter Colleague, had a lot of technical problems and was recalled in 2000. It opened up the market for the older 6201, which we're still refurbishing," he says.

Ragazzo also exports older units. For instance, the IMED PC1T and the IMED PC2TX infusion pumps, made in the 1990s, are popular in South American hospitals.

As for business in general, Ragazzo says it picks up during the flu season, when people need to go to the hospital and get IVs.

When asked about his future plans, Ragazzo says he sees opportunities in renting equipment. He'd like to enter this arena in the next year or so.

"I'd like to eventually rent equipment, like ventilators, infusion pumps and heart monitors to hospitals," he says. "Sometimes hospitals have an influx of patients and will have to call a rental company to take care of everyone, especially during a flu outbreak." This makes the rental business quite lucrative."