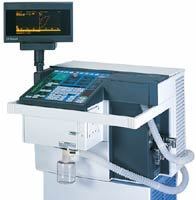 "Unlike the investment bankers at Lehman Brothers, I let my customers know well in advance that there was a storm coming when the company I worked for--Mediq-- was headed for Chapter 11," says DOTmed Certified Michael Callaghan, of ISIS Medical Solutions LLC. That was in 1999 when he was 26 years old.

After Mediq went bust, (it was eventually bought out by Hill-Rom) Callaghan worked for medical broker BMX for two more years where he bought and sold equipment. "I was on straight commission for two years and was doing well. The guys at BMX are great guys but it was time to move on."

At age 28, Callaghan started his own company, ISIS Medical Solutions. That was in 2001.

"I started my business with a little over $1,000 working from home," Callaghan says. A loyal customer base from the days of Mediq helped me grow my business. Most were appreciative of my honesty about the turmoil facing Mediq and responded in kind over the years with repeat business," Callaghan says.

At first, most of Callaghan's sales were in the foreign market, because that's where a large portion of his customer base was while at Mediq. He sold a lot of equipment in South America and Asia, focusing on respiratory sales. Once he had enough capital, he started selling equipment to hospitals and home care centers in the U.S. He began outsourcing all his refurbishing work to Eagle Biomedical Services, which has helped him grow the business.

"Now I own a 4,100-square-foot warehouse and would like to hold on to this building and buy a bigger one in the next five years," Callaghan tells DOTmed News.

He adds that he's where he wants to be. "Everyone who works for me is family: my sister handles purchasing and sales, my father is in charge of shipping and receiving, and a family friend handles part sales. I like an easy going environment so I bring my German Shepard, LB, to work. The business is in Tabernacle, NJ., where I grew up and where my parents still live. I live in the next town." I'm a Jersey boy," Callaghan says.

He says that as far as business is concerned, it's never been better: The last two months were the two best ever. "That's because over the last two and a half years, we have diversified, now also selling infusion and sequential compression devices." Callaghan says.