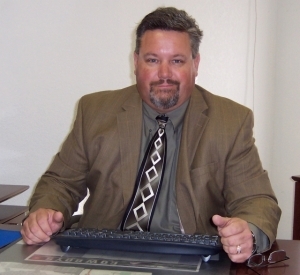 Michael Webster, owner of Legacy Medical Imaging, Inc., a DOTmed 100 company in Fort Worth, TX, and a member of the AMSP (Association of Medical Service Providers), says he grew into the medical equipment business while in the Navy, where he was one of 100 people a year accepted for the government's biomedical electronics program.

From there, he took the opportunity to go to CT and MRI school while working at a Fort Worth hospital. Finally, eight years ago, Webster decided he knew enough about medical imaging to run his own business.

"The first building I rented was a 700-square-foot warehouse with a 100-square-foot office," Webster tells DOTmed News. "I was scared. How am I going to pay for this?" Now owning his own 10,000-sq.-ft. building and the surrounding land for expansion, Legacy Medical Imaging (LMI) has come a long way, Webster concedes.

These days, Legacy Medical Imaging is thriving. Webster not only services physicians' and imaging centers' CT and MRI equipment, but unlike a lot of third party service companies, he services hospitals and OEMs, as well.

Legacy experienced 37 percent growth last year, Webster says. This year has been slower, due to high gas prices and belt-tightening on the part of hospitals and imaging centers, which are "holding on to their money."

However, business is looking up in the present quarter, Webster says, "because ...people want to use their money before the end of the year....We signed a lot of service contracts with cancer centers, OEMs, imaging centers and hospitals recently, which has really helped the bottom line," he says.

Speaking about his OEM contracts, he says, "Siemens, GE and Philips go into hospitals and might be asked to take over their equipment maintenance, air conditioning, the laundry services, the dining services, and housekeeping.

"They may subcontract the laundry and the dining room duties to laundry room service and food companies. And they may farm out the equipment maintenance to third-party service contractors like LMI," Webster says.

Webster says that he competes with an OEM like GE by underselling the company.

"Say GE charged $100,000 to service a hospital's CT or MRI scanner. We could save the hospital 20 to 30 percent and still provide the same level of service."

He can undersell GE because a company of its size needs to make big margins just to satisfy shareholders. "Hospitals looking to save money come to us," Webster says.

"It's good business because the OEMs pay their bills," Webster says of top clients. However, he bemoans the paperwork, which is required by the OEMs so that Legacy will qualify as one of its registered vendors.

"You have to have service and quality assurance programs in place as well as liability insurance," Webster says. "We're one of five companies registered with Siemens that has the go-ahead to complete equipment deinstalls."

He says that in addition to the hospitals and OEMs, he still services imaging centers and oncology centers. Cancer centers have no trouble getting government reimbursement but given the Deficit Reduction Act, some of the smaller imaging centers that don't have a steady clientele, are experiencing financial difficulties, Webster says.