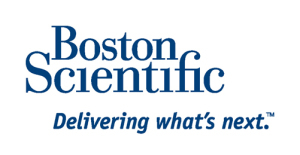 According to Boston Scientific, Labcoat has developed a novel technology for coating drug-eluting stents that uses precisely metered droplets of a biodegradable polymer and drug formulation to create a thin (< 1 micron) coating confined to the outer surface of a coronary stent.

The technology is designed to significantly reduce the amount of polymer and drug to which the vessel wall is exposed, while minimizing both polymer and drug use on the inner surface of the stent where endothelial cell growth is required for healing.

Once the drug has been delivered, the biodegradable coating resorbs, leaving behind only the bare-metal stent. This approach is intended to provide the same degree of restenosis reduction as a conventional drug-eluting stent, but allows for faster and more complete vessel healing after stent implantation, Boston Scientific says.

"Boston Scientific has enjoyed an ongoing, productive relationship with Labcoat, and we look forward to building on our shared commitment to developing new drug-eluting stent technologies that improve patient outcomes," said Jim Tobin, president and chief executive officer of Boston Scientific. "This technology represents a major advance for drug-eluting stents and should help us maintain our strong position in this market."

Labcoat has successfully completed a clinical trial with its JACTAX stent, which consists of a Boston Scientific bare-metal Liberte stent coated on its outer surface with a biodegradable polymer containing the drug paclitaxel.

Clinical data presented at TCT 2008 showed promising results for both restenosis and strut coverage nine months after implantation. These data will be used to support CE Mark submission, which is expected to occur in the first half of this year.