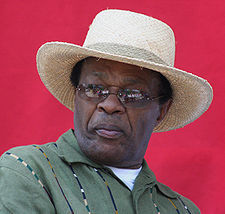 Marion Barry
Marion Barry, 72, the infamous former mayor of Washington and current District of Columbia Council member, has had a kidney transplant at Howard University Hospital, AP reported. The donor was a friend, a spokesman for Barry said.

Barry served four terms as mayor. During his third term, in 1990, he was caught in an FBI sting and videotaped in a hotel room smoking crack. He served six months in jail. Apparently voters objected to the sting; they elected him to a fourth term in 1994 and then made him a councilman.