Roche Ups its Offer for DNA; Buyout May Be Imminent 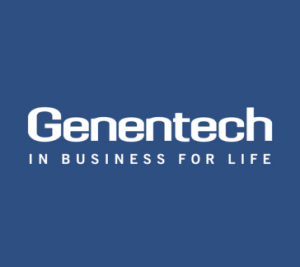 Close to a sale?
Genentech (called "DNA" on the Street) is reportedly close to selling out to Roche, now that the Swiss drug company upped its offer to $95 a share last Friday from its prior $86.50 bid. At the new price, the deal would cost Roche $46.7 billion.

The new price is 6 percent above Roche's initial offering price of $89.50 a share for the biotech company, made in July, when Roche began courting South San Francisco-based DNA. Roche lowered its offer to $86.50 when it announced it had made a tender offer for DNA in January for the 44 percent of the company it doesn't already own.

Even though Roche's bid is still below the $112 a share DNA's board says the company is worth, DNA shares climbed about 11 percent Friday to $90.80 a share on the New York Stock Exchange, 2.5 percent below Roche's latest bid. After The Wall Street Journal reported news of an impending merger on Monday, DNA edged up another 2 percent, to $92.63.

According to unnamed sources quoted in the Journal, the two companies tried to work out a deal during the weekend and at one point were ready to announce they had a merger agreement in hand. However, the firms could not agree on "timing and closing conditions," and the merger could still be fall apart, the Journal reported. Meanwhile, Roche's tender is due to expire on Thursday, March 12.

Analysts say DNA is worth about $100 a share, based on its novel biopharmaceuticals, worth billions of dollars and a pipeline full of potentially lucrative medicines, as well. But they say the frail market has given DNA's board less leverage to demand a higher price for the company.

DNA published a statement to holders Friday urging them not to take any action on the $93-a-share offer. The statement also said its special board committee would review the offer "promptly" and provide a "detailed" response in an SEC filing.

Other recent pharma mergers show the a trend toward consolidation in order to gain promising pipeline agents. For example, Merck & Co. will acquire Schering-Plough Corp. for $41 billion.