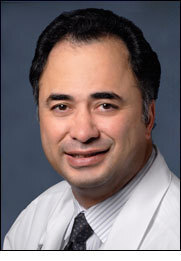 This change in reimbursement policy would improve quality and reduce the cost of health care, say George Diamond, M.D., a senior research scientist, emeritus and Sanjay Kaul, M.D., director of the Cardiology Fellowship Training Program and director of the Vascular Physiology and Thrombosis Research Laboratory in the Division of Cardiology at the Cedars-Sinai Heart Institute in Los Angeles.

The article was recently published in Circulation: Cardiovascular Quality and Outcomes.

For example, some 500,000 U.S. patients suffering from mild chest pain due to coronary artery disease undergo balloon angioplasty or percutaneous coronary intervention (PCI) every year, a procedure that costs approximately $20,000 per patient, for a total U.S. expenditure of $10 billion a year, Drs. Diamond and Kaul say.

However, empirical studies document that 10 percent to 20 percent of PCI patients are asymptomatic, only 50 percent have undergone a stress test to determine the severity of their disease and as many as 30 percent aren't taking prescription heart medications that, for patients with mild coronary artery disease, could be just as effective as PCI.

The authors cite a recent COURAGE (Clinical Outcomes Utilizing Revascularization and Aggressive drug Evaluation) trial which followed 2,000 patients with mild to moderate chronic stable angina. All patients received optimal medical therapy. Half of the patients also underwent angioplasty. The patients received follow-up care for 4.6 years, but there was no significant difference between the groups in the mortality rate.

As an example of Evidence-based Financial Incentives, the authors propose that physicians of the patients who undergo PCI be paid on a sliding scale, from $8,000 to $24,000, with the highest payments going to the physicians of patients with the most severe symptoms because the sickest patients receive the most benefit from the procedure.

"A lot of care isn't tied directly to proof of patient benefit in clinical trials," Dr. Diamond says. "It's not that the care is wrong. It's not documented to be of value. And if it's not documented to be of value, then it should be worthless. The purpose is not to deny anybody healthcare, but rather to funnel them to the best proven care alternatives."

Drs. Diamond and Kaul suggest empirical data could be used to determine how much physicians would be paid by Medicare and private insurers for performing specific procedures.

The cardiologists hope to prompt a discussion of "evidence-based reimbursement incentives" among the public and policy makers, especially now that President Obama is calling for a national discussion of healthcare reform this fall.

Diamond and Kaul have written several related articles, including "Pay for Proof" for www.Forbes.com and an editorial in the Oct. 15, 2008 Journal of the American Medical Association.