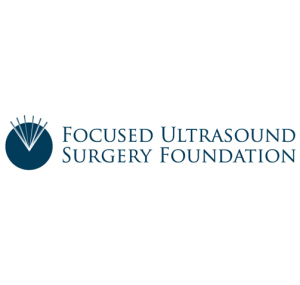 This study aims to assess the precision and safety of Transcranial MR-guided focused ultrasound (TcMRgFUS) for the ablation of deep brain targets in the thalamus, subthalamus and pallidum. These areas of the brain are believed to be viable targets for the treatment of functional brain disorders which include Parkinson's disease, neurogenic pain, tinnitus, epilepsy and neuropsychiatric disorders. The award is for $100,000, to be used during 2009.

This project will examine the potential of using intravascular microbubbles to significantly reduce the treatment time it takes to excise uterine fibroids when administered in conjunction with focused ultrasound. It has been shown that outcomes improve when a greater volume of the fibroid is treated, but that this also increases the treatment time required.

3. Creation and Validation of a Clinically-relevant Ultrasound-enhanced Drug Delivery Strategy

The primary purpose of this study is to determine the exact protocol for maximizing drugs used in tumors and surrounding tissue. The study will use a system which precisely quantifies full-body drug biodistribution to measure drug accumulation in low-mechanical index ultrasound.

Researchers will assess the efficacy of using guided ultrasound to hone in on tumors and bombard them with a drug payload.

This in-vivo study will also use liposomal cisplatin and PET imaging. The award is for $100,000. Research is expected to begin in the second quarter of this year.

The Charlottesville, NC-based Focused Ultrasound Surgery Foundation's mission is to shorten the time from technology development to patient treatment, to develop new applications, and to accelerate the worldwide adoption of MRgFUS. The Foundation's activities include: funding translational and clinical research, providing fellowships for training physicians and scientists, hosting symposia and workshops, maintaining online informational resources, and establishing new centers of excellence.