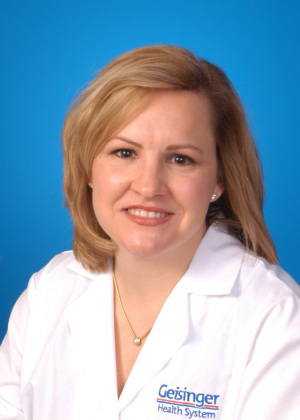 Kimberly Skelding, MD
An FDA advisory panel has recommended approval of the "Watchman LAA" device for patients with nonvalvular atrial fibrillation (AF), as an alternative to Coumadin for the prevention of stroke, Geisinger Health System officials say.

The Watchman, which is implanted through a minimally invasive procedure into the heart, controls AF, a leading cause of stroke. Most patients are typically taken off their medication 45 days after the device is implanted.

A alternative to Coumadin is needed, as the blood thinner puts patients at risk for severe bleeding, Geisinger officials say.

Also, patients face the inconvenience of blood draws every few weeks to monitor the drug thinner's effects on the body and the need for dosage changes.

Geisinger cardiologist Kimberly Skelding is one of 17 doctors in the country who is implanting the device.

"Patients no longer have to worry about falling, getting cuts or having surgery," Dr. Skelding says. "Prior to this device, patients were facing a lifetime on Coumadin and a lifetime of worry."

She adds, "All the patients I've implanted with the Watchman LAA device are doing really well and are excited about its possibilities.