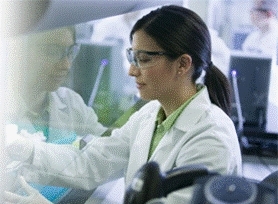 Microsoft will reportedly
acquire Rosetta Inpharmatics,
a genomics software unit of Merck
Microsoft, continuing to gain a foothold into the medical equipment market, has signed an agreement with Merck to acquire some of its genomic data management software, according to a June 1 article in CNET News.com, posted on Microsoft's website.

Microsoft will fold Rosetta's genomic data software into one of its units called Amalga Life Sciences, a business that helps researchers incorporate large amounts of data from various systems.

The Amalga deal will help Microsoft expand its presence in health care. The computer giant now owns HealthVault, a health records company. The deal is slated to close at the end of June and the new Amalga Life Sciences platform incorporating Rosetta Biosoftware technologies should be available in early 2010. Terms of the deal or what precisely Microsoft plans to do with the genomic software were not disclosed.