CareFusion Corporation Names Board of Directors 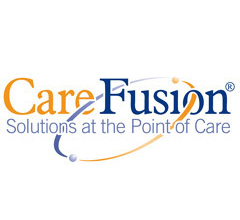 CareFusion announces
new Board members
CareFusion Corporation, the company that will become public from the planned spinoff of Cardinal Health's clinical and medical products businesses, filed a second amendment to its Form 10 registration statement with the Securities and Exchange Commission (SEC) that includes information about its post-spin board of directors and outlines progress being made to fulfill its obligations under a consent decree for its Alaris(R) infusion products.

"We are nearly complete with the selection process and believe the CareFusion board of directors will be a well balanced collection of executives with diverse backgrounds and experiences," said David Schlotterbeck, future chairman and chief executive officer of CareFusion. "With three directors transitioning to CareFusion from Cardinal Health and these four new directors, the board has the right mix to provide valuable historical perspective and fresh ideas to effectively oversee our businesses."

CareFusion also announced that the corrective action plan for field remediation of its infusion pumps, which the company submitted to the Food and Drug Administration (FDA) in April as required by the amended consent decree, has been reviewed and found acceptable by the FDA. The company expects to issue a recall notification by June 12 to inform customers who have products affected by the recall, including details on remediation plans. The company recorded an $18 million reserve in its fiscal third quarter for all actions related to the corrective action plan and continues to believe the amount to be sufficient to fulfill its remediation obligations.
1(current)
2