Income and Education Are Factors in Heart Attack Risk 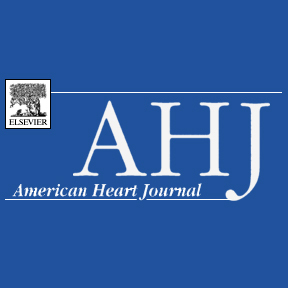 American Heart Journal
draws connection between
population statistics
and medical care
Doctors who ignore the socioeconomic status of patients when evaluating their risk for heart disease are missing a crucial element that might result in inadequate treatment, according to a University of Rochester Medical Center study published in the June 2009 American Heart Journal.

The current model that most doctors use to assess risk, known as Framingham Risk Scoring (FRS), does not accurately predict whether a person of low income and/or less than a high school education will develop heart disease or die in the next 10 years, the study found. The FRS tool is limited to measuring data such as overall cholesterol and bad cholesterol levels, blood pressure, age and smoking status.

When socioeconomic factors were added into the FRS risk assessment, however, the proportion of low-income and low-education patients at risk for death or disease during the next 10 years was nearly double that of people with higher socioeconomic status.

Thus, from a clinical perspective, asking about socioeconomic status when evaluating risk factors potentially increases the number of patients eligible for cholesterol-lowering medications, aspirin therapy, and supervised changes in diet and exercise, by about 15 percent, the study said.

"To our knowledge, this is the first study to examine the effect of adding socioeconomic status to the typical risk assessment in the United States," said lead author Kevin Fiscella, M.D., M.P.H., professor of Family Medicine and Community and Preventive Medicine at URMC, and a national expert on disparities in health care.

"We have overwhelming evidence that cholesterol-lowering pills greatly reduce mortality," Fiscella added. "Our study clearly implies that we should recalibrate the threshold for deciding who's eligible for statins, by including socioeconomic status as another risk factor."

Lower SES was defined as having less than a high school education or living on an annual income of approximately $16,000 for a single person or $27,000 for a family of three. Socioeconomic status impacts health in a variety of ways, Fiscella said, including the effects of chronic stress due to being poor, living in less safe environments, and having less access to health care.

Researchers used population data from two sources to study whether the FRS consistently underestimated cardiac disease risk among this group of patients. One group consisted of 12,562 men and women from an ongoing Atherosclerosis Risk in Communities (ARIC) study, and the other group included 10,300 adults from the National Health and Nutrition Examination Survey linked to the National Death Index.

About 30 percent of the people in both samples met the criteria for low socioeconomic status.

"Ignoring the risk of lower income and education when making treatment decisions may exacerbate existing health care disparities, which have been increasing over time," Fiscella said.