Pandemic a Boon for Protein Sciences 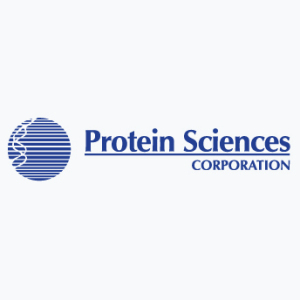 The little company that could...
save us from the flu
More than 1 million people in the United States may have been infected with the new H1N1 swine flu and the numbers continue to climb, with 6,000 new cases reported in the U.S. this week, according to the CDC. But the pandemic has proved to be a boon for tiny Protein Sciences, Meriden, CT, as the contagion may have made the near-bankrupt company a sought-after one.

Last week, Health and Human Services (HHS) announced it was awarding Protein Sciences $35 million to develop vaccines using its DNA technology. The government will help the biotech company complete clinical trials so it can win approval for its DNA-based vaccine. If the vaccine is successful, the contract can be extended up to five years for a total cost of $147 million.

These rivals--including giants Sanofi and Glaxo--still make vaccine using a 50-year-old method that involves germinating the vaccine in hens' eggs. Novartis is also using mammalian cells, which shave off some of the time it takes to grow the vaccine, but not much, Adams says.

"We can usually make flu vaccine in three weeks. But this flu came out of nowhere. It took about six weeks to get into the manufacturing process," Adams says. Still, he says, this is a fraction of the time it takes the "egg-based people to make a vaccine and the mammalian cells used by Novartis aren't much faster."

Protein Science's technique involves infecting caterpillar cells with a baculovirus carrying the gene for hemagluttinin. The proteins expressed by the genes are the basis for the vaccine.

It is ironic that one day before HHS announced the contract, creditors were trying to force Protein Sciences into bankruptcy in Delaware, claiming they were owed $11.7 million.

Most of the money is owed to Emergent BioSolutions, a vaccine maker in Rockville, Md., which loaned Protein Sciences $10 million last year, when it was planning on buying the company. The deal collapsed and Emergent and Protein Sciences have been sparring ever since. Emergent is suing Protein Sciences and its executives for breach of agreements and fraud.
1(current)
2