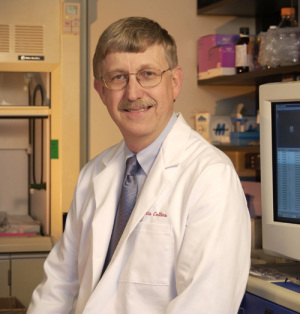 "At no other time in recent memory has there been such a sense of opportunity - and expectation - in the power of science to deliver solutions to the grand challenges facing our nation, and indeed, all of humanity. As the nation's largest source of basic research funding, NIH will be looked to lead and deliver.

"Dr. Collins, a chemist, has made tremendous contributions to the advancement of science, most notably in the sequencing of the human genome which holds the promise of decoding the genetic causes of cancer and other major human illnesses. The work and accomplishments of Dr. Collins certainly bring to life the ACS vision of 'Improving people's lives through the transforming power of chemistry.'

"As the world's largest scientific society, the ACS strongly supports the Collins nomination. NIH will be well-served to have a scientist of such caliber play a key leadership role in guiding the agency in the years ahead. ACS wishes Dr. Collins a speedy and successful Senate confirmation and many years of accomplished success leading NIH."

The American Chemical Society is a nonprofit organization chartered by the U.S. Congress. With more than 154,000 members, ACS is the world's largest scientific society and a global leader in providing access to chemistry-related research through its multiple databases, peer-reviewed journals and scientific conferences. Its main offices are in Washington, D.C., and Columbus, Ohio.