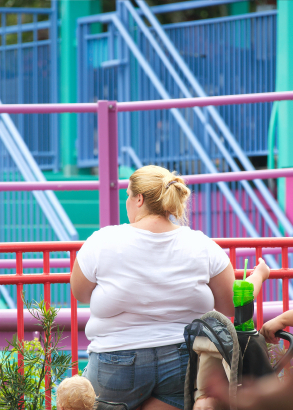 Bariatric surgery may
help kids as well as moms
Obese mothers who underwent weight-loss surgery prior to pregnancy had a lower prevalence of obese children than siblings born before the same obese mothers had the bariatric surgery.