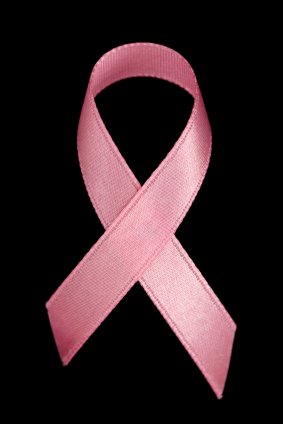 The first finds that in some ER-positive women, estrogen, known to stimulate breast cancer, sends tumors into apoptosis or programmed cell death. The other trial, a lifestyle assessment, finds that obesity, drinking and especially smoking, greatly increases the likelihood that a woman who has cancer in one breast, will get a second primary tumor in the other breast.

The estrogen study, published in the Journal of the American Medical Association August 19, runs counter to current medical practice, which is based on the knowledge that starving ER-positive tumors with estrogen-deprivation drugs like tamoxifen, helps shrink or arrest tumors and that estrogen fuels tumor growth.

Study author, Matthew Ellis of Washington University School of Medicine in St. Louis, points out that estrogen is an old treatment for breast cancer; it was used before estrogen-deprivation drugs became available.

He says that since many ER-positive patients become insensitive to estrogen-deprivation treatments like tamoxifen, he decided to give these women estrogen, using a new test that can detect which women would be likely to benefit from this potentially dangerous therapy.

PET-CT Scan With a Marker That Glows

In his study, Ellis recruited 66 breast cancer patients who had experienced a recurrence after taking estrogen-deprivation treatment for an average of seven years. Half of the women received a high dose of estrogen and half a low dose.

A new test used in the study detected those women who were most likely to benefit from estrogen. One day after taking the hormone, all the patients were injected with glucose containing a substance that could be traced in the body.

In some patients, the tumors glowed on the PET-CT scan. After 24 weeks, 80 percent of the women who had shown the glow on the scan had benefited from taking estrogen.

A second study published in the September 8 Journal of Clinical Oncology, found that obesity, drinking and especially smoking, ups the risk of developing second breast cancers.

The trial recruited 365 women who initially had one ER-positive cancer and developed a second tumor in the other breast and 726 women without a second cancer.

Researchers found that a cancer survivor with a body mass index greater than 30 has a 40 percent higher risk of developing a tumor in the other breast than a woman with a BMI lower than 25. Drinking liquor proved to be even more of a threat: Those women who drank seven or more alcoholic drinks each week were 90 percent more likely to develop a second cancer than women who drank none, according to this study.

Smokers fared the worst: They were 120 percent more likely to develop a second cancer, than women who had never smoked.

Lead author Christopher Li of the Fred Hutchinson Cancer Research Center says obesity and alcohol likely increase the incidence of breast cancer because they raise estrogen levels in the body. Smoking is hazardous because of its toxic effects.

Li concluded that women with breast cancer who keep their weight in check, avoid cigarettes and drink in moderation can dramatically reduce their chances of developing second cancers.