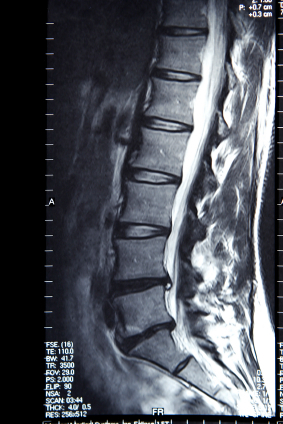 MRI: too much of a good thing?
Ready availability of MRI scanners is linked with MRI use and controversial surgeries to ease lower back pain.

In a report published online in Health Affairs last week, researchers at Stanford Medical Center found, after poring over 666,000 Medicare claims drawn from a seven-year period, that areas with a high per capita concentration of MRI machines had a slight uptick in the number of patients undergoing MRI scans and back surgeries for nonspecific lower back pain.

The problem, the researchers say, is that the emerging scientific consensus suggests that MRI scans and surgery are unnecessary for lower back pain that has no obvious cause.

"Most low back pain, at least new onset, that is not really severe will get better by itself," Laurence Baker, co-author of the study and a professor of health research and policy at Stanford, tells DOTmed News. "Surgery has lots of complications, and it doesn't always work."

And MRI scans are discouraged, too, because of their tendency to register false positives.

"One of the most interesting pieces of information on low back pain," Dr. Baker says, "is if you scan a bunch of people with a healthy back, one in five... will have something on their MRI that looks like a problem to their doctor."

Numbers are small but worrying

In their report, the researchers suggest that, according to their data, each additional MRI scanner in an area results in 40 additional lower-back scans, and living in a high-MRI density area would increase your chances for undergoing an unneeded scan by around two percentage points.

While that might not sound like a lot, if the results are extrapolated to the whole Medicare population, it translates to around 6,400 more scans in the period studied than there would have been if all areas had low-MRI density, the researchers say. And because MRI scans for this condition are so closely linked to back surgeries, the researchers argue that almost 3,500 of the seemingly superfluous surgeries would have been prevented if everyone lived in MRI barren regions.

Why does the link exist?

Dr. Baker believes the MRI-surgery connection for lower back pain comes from what he calls the "treatment cascade."

In this scenario, the patient goes to his doctor with lower back pain. If the doctor is in an area with easy access to MRIs, he might be more likely to order a scan of the patient's lower back. During the scan, he discovers something abnormal.

"You don't know if [the abnormality] is causing [the pain], but you have the scan," Dr. Baker says. "You have a thing to do. And having a thing to do becomes a fairly powerful motivator."

"The MRI creates the information," he adds, "and certainly creates the foundation for surgery."