EKG or ECG: Which Is Right?

EKG or ECG: Which Is Right? 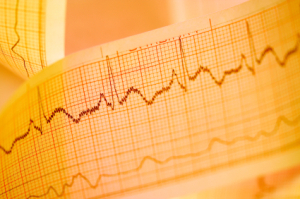 Pros weigh in
on a semantic debate
You say tom-ATE-to. I say tom-AHH-to. You say ECG. I say EKG. But which is correct? We asked some people who ought to know.

"They are synonymous. In the U.S. we like to do things differently. Instead of kilometers we like miles per hour. Instead of kilograms we use pounds. So we say EKG in the U.S. but in the rest of the world, it's ECG," said Gordon Huckestein, CEO of Cardiac Direct, Ventura, Calif. His company is a distributor of the equipment as well as offering its own brand of you-know-whats.

"When you're talking about a machine, it's six of one and a half-dozen of the other. It's like the difference between a car and an automobile. Even if EKG is wrong, people still say it," suggested Garret Purrington, president of Medical Equipment Dynamics, Inc. (MED). The New Bedford, Mass. company sells a variety of new and used medical equipment.

But before we call the whole thing off, consider the nuances. Some equipment dealers drew important distinctions in how they use the terms. For instance, some people say EKG when referring to the free-standing units used in most doctors' offices. However, they may say ECG when referring to PC-connected heart monitors; or the more advanced, continuous vital signs monitors used at the bedside in hospitals. Someone even suggested that new machines be called ECGs and older ones EKGs.

The trouble may go back to the origins of the technology. The concept for measuring the electrical impulses of the heart can be traced back to British research. But the practical use of the EKG dates to Dutch Nobel Laureate Willem Einthoven, credited with inventing the electrocardiogram in 1903. The Dutch spelling is elektrocardiogram, hence EKG. This convention continued with German research and development of the technology.

But none of this explains the misguided English usage today.

"In Europe they say ECG; in America EKG. People are confused. People market it differently. But there is no difference between ECG and EKG," said John Gladstein, sales manager for Medical Device Depot, a new equipment distributor in Ellicott City, Maryland.

So why do Americans often say EKG? In English, it would make more sense to say ECG.

"If you spell it in English, it's with a "c." EKG is an older acronym," said Steve Kenan, senior category manager for cardiopulmonary devices at Welch Allyn, known for its, ahem, ECG technology.

"I grew up in India, I never heard EKG before I came here [to the U.S.]," explained Meera Gopalakrishnan, global product manager for ambulatory ECG at Philips Healthcare.
1(current)
2

COVID-19 vaccine rollout: Why patient-provider communications are a top priority