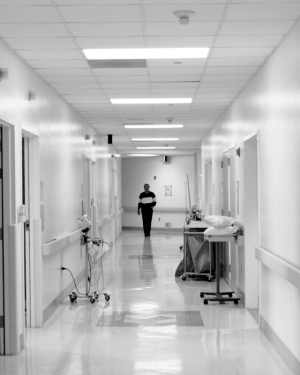 Did St. Vincent's closing
violate labor laws?
We thought it was all over but it may be just beginning for employees of St. Vincent's Hospital, which closed May 1.

The closing "appears to have violated" the federal Worker and Adjustment and Retraining Notification (WARN) Act and the New York version of the law, according to Charles A. Ercole, a partner with Klehr Harrison Harvey Branzburg LLP.

"We have spoken with several employees and union representatives," said Ercole in a press statement. "We are continuing our investigation and intend to file a class action lawsuit or class proof of claim in the bankruptcy court."

The WARN statutes require that employers give 60 days' (federal) and 90 days' (state) notice of any closure or mass layoff. The penalty for failing to give such advance notice is wages and benefits that the employees would have been entitled to during the notice period. The layoff affected approximately 3,500 people.

Ercole and his firm have successfully handled more than a dozen WARN Act cases. The firm specializes in several practice areas including labor and employment.