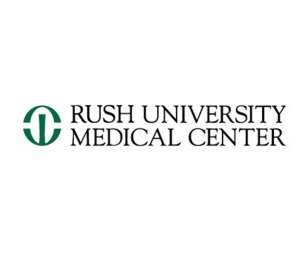 Interesting clinical trial
Rush University Medical Center is testing whether celecoxib, known by its brand name Celebrex, can help prevent the growth of precancerous polyps that form in the colon, rectum and small intestine of children with an inheritable genetic disease called familial adenomatous polyposis.

In this rare but devastating disease, polyps begin forming in patients as young as 10 years of age and number in the hundreds or even thousands. The disease carries a 100-percent lifetime risk of developing colorectal cancer. By the age of 40, all cases will become malignant unless the colon is removed earlier.

Rush is one of 16 centers throughout the United States, and the only one in Illinois, involved in the international Phase III clinical trial of celecoxib.

"Surgery is currently the standard treatment for this disease, and because the formation of polyps is relentless, patients often require multiple surgeries," said Dr. Marc Brand, a colorectal surgeon at Rush and principal investigator of the study. "Any drug that can prevent the formation of polyps, or even reduce the number of polyps, would be a great help for these patients."

Celecoxib, an anti-inflammatory drug typically used to treat the pain of arthritis, has already been approved by the Food and Drug Administration to suppress polyp formation in the rectum. But its efficacy in other areas of the gastrointestinal tract has not yet been shown. The drug's mechanism of action is not its anti-inflammatory effect but its ability to suppress elevated levels of the COX-2 enzyme, which is found in precancerous lesions but not in normal colorectal tissue.

A total of 200 patients, ages 10 to 17, who have been genetically tested for the disease will be enrolled in the study. Half the group will receive the drug and half a placebo. Researchers will assess whether the drug is effective in preventing the formation of polyps over a five-year treatment period.

The study is being funded by Pfizer, the pharmaceutical company that markets celecoxib.