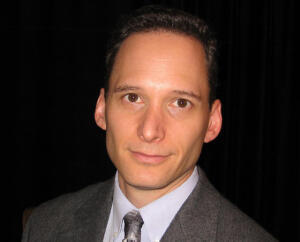 Dr. Matthew Kaufman
Julia Cooke, 57, from Grayson, Kentucky, was given six months to live due to her chronic pneumonia caused by a paralyzed right diaphragm, which lost function as a result of complications during a June 2009 surgery. Cooke was told no treatment existed for diaphragm paralysis and she suffered severe shortness of breath, chronic fatigue and incessant bouts of double pneumonia.

The story has a happy ending though. An innovative nerve decompression procedure was performed May 11 at Somerset Medical Center by Dr. Matthew Kaufman and a team from the Plastic Surgery Center of Shrewsbury, N. J. Today Cooke can breathe without complications; she said she feels "20 years younger," and leads a healthy, pain-free life.

Her condition is rare yet this type of injury to the phrenic nerve can occur during a surgery or trauma such as chiropractic neck manipulation, procedures done to provide anesthesia for shoulder surgery, or epidural injections for back pain. Chest or heart surgery can also precipitate the problem. It is not known exactly how prevalent such complications are and estimates vary widely.

The phrenic nerves run in a pair from the brain to each side of the diaphragm. But if only one of the nerve pair, left or right is harmed, then the patient can still breathe, so there is typically no fix.

"For an injury on one side, there really up till recently has been no treatment. Patients are told, look you can live with one lung and breathe effectively," Dr. Kaufman told DOTmed News. "But that doesn't do anyone good when they're ... unable to exercise or even walk up a flight of stairs without panting. You're breathing out of one lung essentially. When the other lung isn't expanding normally, the side that's injured becomes more susceptible to pneumonia and problems."

Dr. Kaufman has come up with a treatment approach to restoring the function of the nerve through decompression or a nerve graft using the rather superfluous sural nerve that runs down the back of the patient's lower leg; it won't hurt their functioning if removed.

Dr. Kaufman first performs nerve testing to determine whether the nerve is compressed or completely injured. "The treatment would be anything from simply decompressing the nerve or releasing all the scar tissue away from it, or in cases where that's not enough, doing a nerve transplant--an interposition nerve graft where we take a nerve out of the leg and reroute around the site of injury, whether in the neck or chest," he said.

Think of it as a kind of electrical rewiring of the nervous system. "We're using standard nerve reconstructive techniques and applying them to a new problem, which really hasn't been done before," Dr. Kaufman said.
1(current)
2