Proton Beam Therapy may be coming to New York 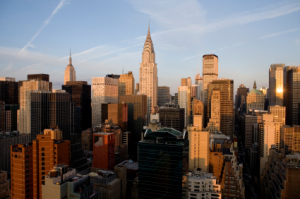 Facilities align to develop
New York proton center
Boston has protons. Philadelphia has protons. California and Florida, too. As do the Midwest and Texas. So why doesn't the New York metropolitan area have a medical facility that offers proton beam therapy?

Now it seems there's a space race to fill the void of access to this form of advanced radiation oncology, which uses radioactive particles to target tumors.