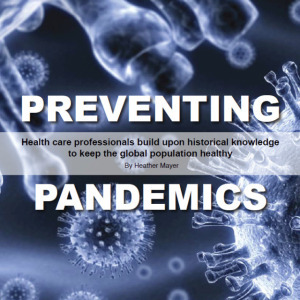 While there were more than a few pandemics in the last century, the flu hitting in 1918 and 1919, which claimed more than 50 million people, is definitely one that sticks in the minds of the professionals trying to gain government support for action plans and training. Recent years may have offered a brief, and possibly false, sense of security.

With the emergence of H1N1 and the concerns over the avian flu mutating and the ever-present concern that another, even more sinister pathogen is waiting for the right opportunity, infection control and emergency plans for dealing with pandemics are becoming key concerns.

The outbreaks of H1N1 and the potential problems of avian flu in 2009 and early 2010 were deemed "wake-up calls" and "drills," by pandemic preparedness experts because the outbreaks weren't nearly as potent as everyone had thought they would be. But before the potency, or lack of potency was determined, hospitals throughout the country and all over the world prepared to battle what some feared would be this generation's Spanish influenza pandemic.

In some cases, hospitals were prepared. In others, they realized their plan wouldn't have been effective had the virus been deadlier. But in all cases, hospitals gained knowledge from the experience and used it to critique and reassess their emergency preparedness plans.

"A severe pandemic would have had the entire U.S. affected simultaneously," says Ann Knebel, deputy director for preparedness planning for the Office of the Assistant Secretary for Preparedness and Response. "But that wasn't how H1N1 played out...It never hit the entire U.S. simultaneously. Plans are great, but they always have to be adjusted when dealing with events because a scenario never plays out like you thought it would. [In this case] it worked to our advantage...Because of the planning for a severe pandemic we were able to respond to what was going on without outside assistance," she says.

Hospitals tend to group all disasters - pandemics, earthquakes, terrorist attacks - into one preparedness plan, tweaking parts of it to address specific challenges presented by each type of disaster. Hospitals are not required to have preparedness plans, but it is a factor in receiving accreditation, explains Kelly Fugate of the Joint Commission's Division of Standards and Survey Methods. The Joint Commission is a hospital accreditation organization.
1(current)
2
3
4
5
6
7