Flu vaccines ship across the country 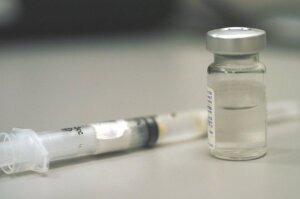 The CDC recommends
individuals 6 months
and older receive
the vaccine.
Pharmaceutical companies across the country are ramping-up for this year's flu season, which generally hits in late November. Sanofi Pasteur and GlaxoSmithKline announced Friday the first shipments of the 2010-2011 seasonal flu vaccines.

The companies have shipped 70 million and 30 million doses respectively, and Jeff Dimond of the Centers for Disease Control and Prevention says it's never too early to get vaccinated.

Sanofi Pasteur's initial shipment is directed primarily to the CDC to be used in the federal Vaccines for Children Program, according to the company.

Earlier this year, the CDC recommended that individuals 6 months and older should receive a season flu vaccine. GSK's Fluarix is approved for children ages 3 years and older.

The CDC is also recommending the vaccine for everybody, but especially those who have compromised immune systems, such as respiratory problems.

Last year, health care providers ran into problems administering the vaccine because the season came before the vaccine was ready.

"We were scrambling just to catch up," Dimond told DOTmed News.

The CDC doesn't anticipate any vaccine shortages this season, Dimond said. And this season's shot will include strands of influenza A, B and the H1N1 strain that recently afflicted the world. Dimond also said there is a projected increase in vaccine uptake this year, as American are more "attuned to the fact that have to get the flu vaccine."

Dimond said the CDC does not see any new viruses on the horizon this season that could cause a problem like H1N1 did last year.