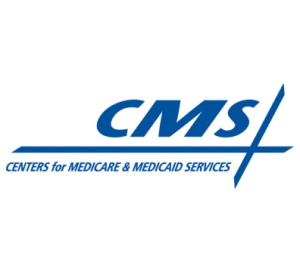 Medicare doesn't work as well for its 8 million nonelderly disabled patients as it does its elderly population, according to research from the Kaiser Family Foundation (KFF), published this month in Health Affairs.

According to numbers from the 2008 survey, nonelderly disabled patients experienced more problems with cost and access to care under Medicare. These patients also faced difficulty affording medications, even with the help of Medicare's Part D prescription drug program.

"Unfortunately I have to say I wasn't very surprised [by the findings]," said Juliette Cubanski, associate director of the Medicare Policy Project at KFF. "But it was enlightening to learn the extent of the problems documented."

For those diagnosed by a doctor to be permanently disabled and unable to work, Medicare is a common option for health care coverage. Disabled people younger than 65 are eligible for Medicare after receiving Social Security Disability Insurance for two years.

While the majority of both elderly and nonelderly disabled Medicare beneficiaries have supplemental coverage to fill the gaps in Medicare's coverage, a large number - one in four - of the disabled patients lack this additional coverage. This number is twice the proportion in the elderly group.

When it comes to supplemental coverage for the nonelderly disabled, Medicaid is the go-to insurance provider. These patients have four times the rate of Medicaid supplemental coverage than elderly Medicare beneficiaries, according to the report. Cubanski pointed out that this could be due to the fact that those nonelderly disabled patients may not have had the time to accrue retirement plans or been married to gain coverage through a spouse's employer.

"People with disabilities are far more likely to be in the lower-income category," said Cubanski.

Having coverage is only half the battle for nonelderly disabled beneficiaries. Finding a health care provider who takes Medicare insurance proves to be more of a problem for this group than for the elderly on Medicare. The report found that just 6 percent of Medicare beneficiaries overall reported difficulty finding a doctor who accepts Medicare, but three times as many nonelderly disabled patients ran into this than their elderly counterparts.

The reasons behind this are not clear, said Cubanski, but it's possible that because disabled patients are more likely to seek care from multiple doctors, they run into this problem more frequently.

The disparities were also reported in the Medicare Part D drug benefit program. The rate of forgoing drugs at the dose and frequency prescribed because of cost was higher among the nonelderly disabled beneficiaries. More nonelderly disabled patients reported switching medications because theirs was not covered by Medicare. And more frequently, this population also reported needing authorization to gain coverage for certain medications.

One of the problems nonelderly disabled beneficiaries face in trying to gain access to medications is the "doughnut hole," or a coverage gap. Those who are receiving SSID for two years waiting to be granted Medicare coverage if they are not covered through a spouse, go through a two-year period of not being covered by any insurance. During this time, nonelderly disabled people have to pay 100 percent of the cost of their medications.

On the upside, the health care reform law plans to address that problem, by gradually fading out the doughnut hole coverage gap, which will be "tremendously helpful," said Cubanski.

But the report also found that more nonelderly disabled beneficiaries have prescription coverage, than the elderly, at least when it comes to the Part D program.

While the health care law will begin to address some of the problems that nonelderly disabled Medicare beneficiaries face, it won't be only the solution. Cubanski recognizes these findings as a flag that this particular population is neglected when people talk about Medicare.

She recommends that the Medicare benefit package be reviewed to figure out how to better serve this population.

"The gaps are well-documented for the elderly, but there is more concern for the nonelderly, disabled beneficiaries," Cubanski said. "They're facing greater access and affordable problems than the elderly encounter."

The Centers for Medicare and Medicaid Services declined to comment.