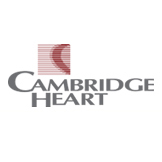 Massachusetts-based Cambridge Heart felt the burn of the Centers for Medicare and Medicaid Services' proposed rate cuts for cardiologists during the first half of 2010.

And for the first half of the year, the company reported net losses of $2.8 million on $1.3 million in sales, compared to a $3.9 million loss on $1.6 million in revenues during the first six months of last year.

Company officials blame "the uncertainty around certain global reductions in reimbursement, which continued to negatively affect physician purchasing decisions" for the 18 percent drop, according to a Cambridge Heart statement.

But last month, the Centers for Medicare and Medicaid Services (CMS) updated the reimbursement as a result of legislation signed into law in June effective through Nov. 30. The legislation provides a 2.2 percent payment increase for Medicare physicians.

On the upside, the company's Microvolt T-Wave Alternans (MTWA) module, which received FDA approval earlier this year, is now allowed full CMS reimbursement along with a stress test, when both are performed during the same patient visit.

"The reimbursement modification allows physicians, for appropriate patients, to provide a more comprehensive cardiac assessment during a single patient visit by adding a measure of sudden cardiac arrest (SCA) risk to the traditional stress work-up and receive full reimbursement for both tests," the company stated.

The MTWA module will be launched next month in conjunction with Cambridge Heart's distribution partner, Cardiac Science, Inc.

"We believe that this [reimbursement] change, combined with the availability of the OEM module as an add-on to existing stress equipment, will provide physicians and their patients greater access to our technology and
thereby impact the pace of its adoption," said company CEO Ali Haghighi-Mood in an e-mail to DOTmed News.

A clinical trial is now underway to determine if MTWA can be used to detect ischemia - inadequate blood supply - in patients with underlying coronary artery disease. The pilot study is expected to include 200 patients.