Are there enough doctors in the house? 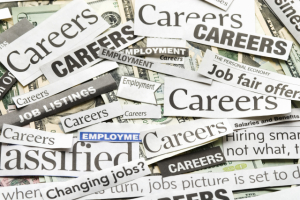 For the 32 million Americans who will receive health care coverage in the upcoming years as a result of the Patient Protection and Affordable Care Act, finding a primary care physician won’t necessarily be easy. A workforce shortage, most prominent among primary care physicians and nurses, is already affecting hospitals now, but that problem only promises to increase in the coming years.

“As millions of Americans obtain health insurance for the first time and can now access ongoing health care, it’s critical that our nation ensures a strong and viable physician workforce,” said Cecil Wilson, president of the American Medical Association (AMA), in prepared remarks. “Even more physicians may be needed to care for the influx of newly insured Americans.”

However, it’s not only the newly insured that will strain the workforce. According to the AHA, it’s expected that the 78 million baby boomers will begin to retire this year. In order to accommodate this aging group, the Bureau of Labor Statistics estimates health care will generate 3.2 million jobs between 2008 and 2018. But the question remains, will that be enough?

The numbers say no. The American Medical Association predicts a shortage of 85,000 physicians by 2020, and the U.S. Bureau of Health Professions projects a shortage of 109,600 by the same year. Already, at least 22 states and 16 medical specialty societies report an inadequate physician workforce.

It’s not only primary care physicians the country will be lacking. The Department of Health and Human Services estimates that by 2020, the country will need 2.8 million nurses — 1 million more than the expected supply.

Dr. Peter Buerhaus of Vanderbilt University School of Nursing offers a different estimate. He predicts there will be a shortage of 260,000 nurses by 2025, which are “conservative” estimates, says Robert Rosseter, chief communications officer for the American Association of Colleges of Nursing.

Health care reform: a catch-22
When it comes to primary care physicians, money is tight, making it a hard profession to draw medical students into. But as the population ages and people live longer as a result of advancing medical practices, changes need to be made to increase the workforce pool, explains Edward Salsberg, director for the Association of American Medical Colleges’ Center for Workforce Studies.

“People are living longer…increasing survivorship rate,” he says. “We have the ability to do procedures that didn’t even exist 10 or 20 years ago. It’s leading us to conclude that the demand for service is rising rapidly.”
1(current)
2
3
4
5
6